Upcoming and Works in Progress

Under a Reiver Moon

A beautiful Scottish reiver steals Lancelot Sinclair’s valuable horses, and his only desire is to recover his property, but finding and retrieving his horses, and dealing with the duplicitous lass and her crafty father, turn out to be more difficult than he bargained for.

Tristan Sinclair, a noted painter and sculptor, suffers from traumatic blindness and memory loss, due to the tragic loss of his wife.Tristan has buried himself in isolation in an old abbey on the Derwent Water in England's Lake District. The widow his family hires to care for him, and her small son, force him to face his memories and the travesty his life has become, and to accept love again.

In a mission to publish an exposé on the atrocities of child labor in a textile factory in Northern England, Isolde Sinclair goes undercover and finds a nest of saboteurs…led by the man she has loved from afar since she was a child.

Her Man in the Moon

When a wormhole hurtles Captain Caitlin MacGregor’s starship across the galaxy, she runs afoul of alien slavers and enlists the assistance of a man, a native of the moon Mira, the likes of which she’s never encountered...or even imagined.

This Gun's For Hire (The West Brothers, Book 2)

Tyree West, an undercover agent for the Secret Service, is slated to hang for a murder he didn’t commit, one carried out by his partner, who plans to assassinate the U.S. president. Tyree’s only chance to escape the noose and foil the assassination is a twenty-four hour reprieve for agreeing to wed a local heiress, but he doesn’t count on the shackles, both physical and emotional, that bind them together.

When Comancheros abduct two sisters from a border ranch, Texas Ranger Angel West pursues them into Mexico. His harrowing rescue of the women and their life-threatening flight as they evade the vengeance of the Comancheros, tests their courage, stamina, and commitment to one another, and brings unexpected love into the ranger's lonely life.

Engaging characters, a well-planned storyline, and a fast pace makes this a delightful novel. The banter between the protagonists is swift and humorous and doesn’t take away from the tender, emotional moments throughout the novel. Readers will become immersed in the mystery subplot and anticipate every turn of the page. The passionate couple and engrossing storyline will stay in your heart for some time—Romantic Times; 4 stars; HOT

Awesome adventures and toe-curling love scenes make Starlight and Promises exciting, exhilarating, and so sensual. The imagery and remarkable metaphors bring the plot and characters to life. Samantha and Christian, along with some amazing secondary characters, embark on an expedition to find Samantha’s Uncle Richard and the Smilodon, a cat supposedly extinct for ten thousand years. The conflicts with nature, pirates, and the evil of (spoiler) along with personal conflicts that seem insurmountable keep the reader fully engaged. Most of all, the unforgettable love scenes stir the emotions and touch the heart—The Long and Short of It Romance Reviews; 4.5 books; spicy

The action-packed late Victorian adventure is fast-paced from the moment the saber-toothed tiger appears and never slows down until the finish. Fans will enjoy this deep historical romantic thriller—Harriet Klausner, Midwest Book Review

This is the best book I have read so far this year and will remain so. I cannot wait for Linder`s next work —5 stars, Barnes & Noble.

A wonderful book which left me spellbound. I highly recommend it to anyone —5 hearts, The Romance Studio

This is a terrific Revolutionary War romance. The divisiveness of the war serves as a wonderful backdrop to a fully developed lead couple who bring real meaning to the phrase “beloved enemy.”—5 stars, Barnes & Noble and Amazon.com advance reviews

A fabulous look at the American Revolution through the loving eyes of two adversaries—5 stars, Midwest Book Review

Cat Lindler currently writes adventure romance (not to be confused with tea-and-crumpet romance) in the subgenres of historical, paranormal, and futuristic romance. She began writing at age nine and won the first writing contest she entered, in third grade in England, received a gift certificate to the village bookstore, and bought three novels by her favorite author of the moment: Enid Blyton. Though her career led in another direction, books continued to enrich her life. Fifteen years ago, Lindler sat down to write again. Her world changed as the stories poured from her, and her characters whisked her on a journey that took on a life of its own. She is always surprised by what her characters say and do, and the plot twists and turns that evolve with no precognitive thought to take her along for the ride.

Her first historical romance, Kiss of a Traitor, garnered rave reviews for its realistic portrayal of the Revolutionary War in South Carolina, the author’s lyrical voice, and the depth of characterization. Her second romance, Starlight & Promises, is based on the search for a living saber-toothed tiger among the islands off Tasmania during the Victorian Age. In their review, Publisher’s Weekly says: “Lindler writes in a smooth style, providing evocative descriptions and compelling historical details as well as a satisfying surprise ending.”

Today she lives in South Texas where she shares her house with 7,000 books. She imagines her epitaph as: “Felled while alphabetizing titles, trapped beneath a literary avalanche. She died happy and well read.” 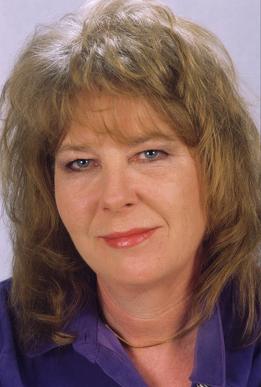